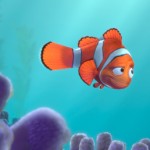 Jeff gave me an excellent clip from the National Post today: A father in British Columbia is demanding that a Fort St. John theater apologize for playing Denis Leary’s I’m An Asshole before showing Finding Nemo. The theatre manager said that the music was supposed to be from other animated movie soundtracks. The Leary tape was left in by an employee accidentally.

This is a funny little story, but the best part is the headline: “Man Agrees with Denis Leary song, demands apology from movie theatre”. Just what is the man agreeing with? Is the National Post calling this man an asshole? Did the man admit to the reporter that he was in fact an asshole?

I am a huge Denis Leary fan but I’m not really sure if a Finding Nemo screening is the right venue for this particular tune. Surely the kids had a lot of questions after hearing it. “Daddy, who is John Wayne and why is he so mad?” So they guy probably deserves his apology. He should also get one from the National Post since it appears that the newspaper has misquoted him as calling himself an asshole.

While we are on the subject of Denis Leary, if any ABC execs are reading this, bring back The Job. I think it was one of the best shows on network television. Incidentally, it would probably not play well next to Finding Nemo either, but that’s no reason to take it off the air.