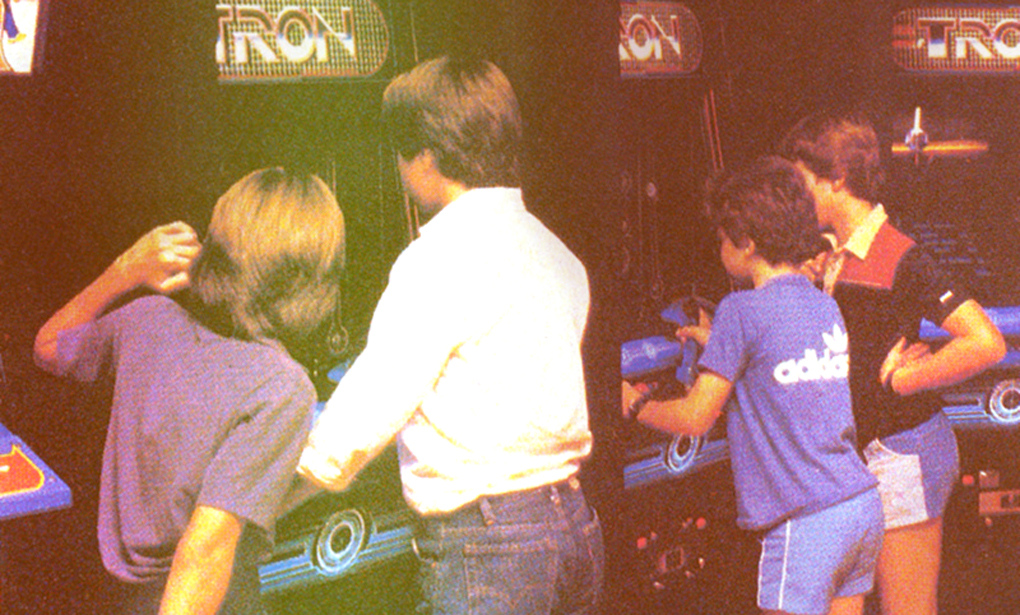 For Amusement Only: The Live and Death of the American Arcade:

This is a place for kids to be with other kids, teens to be with other teens, and early-stage adults to serve as the ambassador badasses in residence for the younger generation. It’s noisy, with all the kids yelling and the video games on permanent demo mode, beckoning you to waste just one more quarter. In earlier days (though well into the ‘90s), it’s sometimes smoky inside, and the cabinets bear the scars of many a forgotten cig left hanging off the edge while its owner tries one last time for a high score, inevitably ending in his or her death. The defining feature of a “real” arcade, however, is that there aren’t really any left.

Photo from The Verge