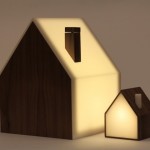 I’ve been following the progress of the Good Night Lamp since last summer. Their Kickstarter campaign ending last week without reaching the funding goal isn’t keeping them down–they’ve opened an online shop to take pre-orders. The prices look to be the same as the backer reward levels on Kickstarter. If they can manage to bring most of the backers from the Kickstarter campaign over to make pre-orders, they should do just fine.

The Good Night Lamp team set a lofty goal on Kickstarter, but it seems to have been one that was well thought out, and honest. I respect them for that. It seems that many of the projects put up for crowd funding don’t set their funding goals high enough to realistically produce their product. It appears that team Good Night Lamp did their homework and set a funding goal accordingly. While the Kickstarter might not have reached its primary goal of funding the project, at least they have an idea of the demand at a sustainable price point. More teams seeking crowd funding should follow Good Night Lamp’s lead.

One thought on “Good Night Lamp Sets Up Shop”