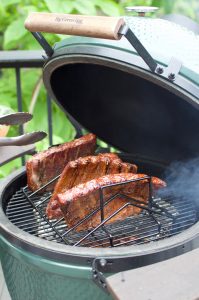 The recipe is from the NY Times. As before, I went light on the rub. I might try tweaking that recipe next time by reducing the salt. I don’t have enough rub on these to create any sort of crust. The ribs were left overnight in the fridge. An hour or so before they went on, I put them in the freezer to cool them more in an effort to encourage a smoke ring.

The heat was indirect and I made a custom drip pan out of tin foil to keep the grease from dripping into the fire. For smoke, two large and three little chunks of cherry wood were used. The lid was closed for two hours so that the ribs have some time to get smoke on them. After that, I glazed them every hour. There was no glaze immediately before serving as they had a nice lacquer. I also skipped the peanut and scallion garnish, it looks nice, but I don’t think those extra flavors are needed.

The results were very flavorful and tender. The smoke ring was one of the better ones I’ve produced on the Green Egg. In the future, I think it would be good to let these rest for 10 or 20 minutes before serving. They seem to be more tender and the smoke flavor comes through after they’ve cooled a bit. 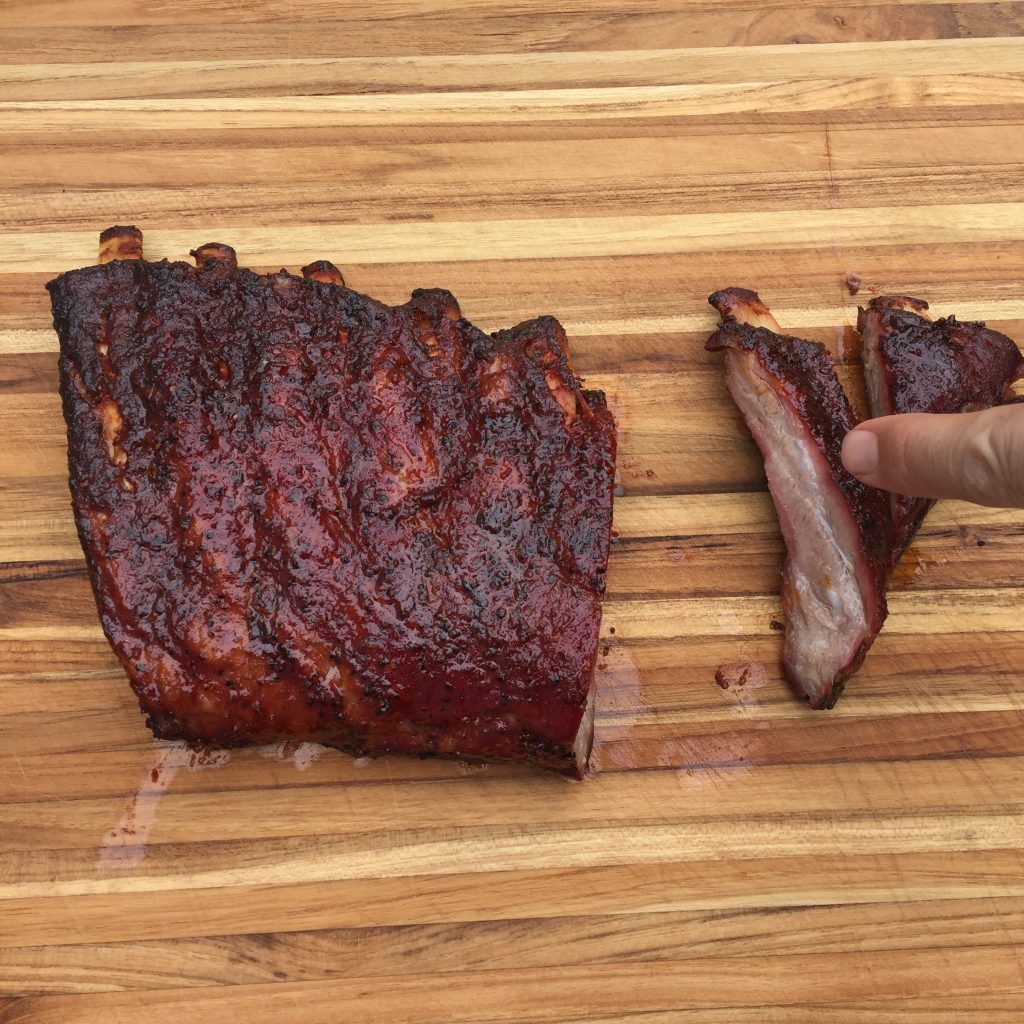 Below is a log I kept of the cook. It is mostly here to remind me not to mess with the vents too much, just let the cooker cook.