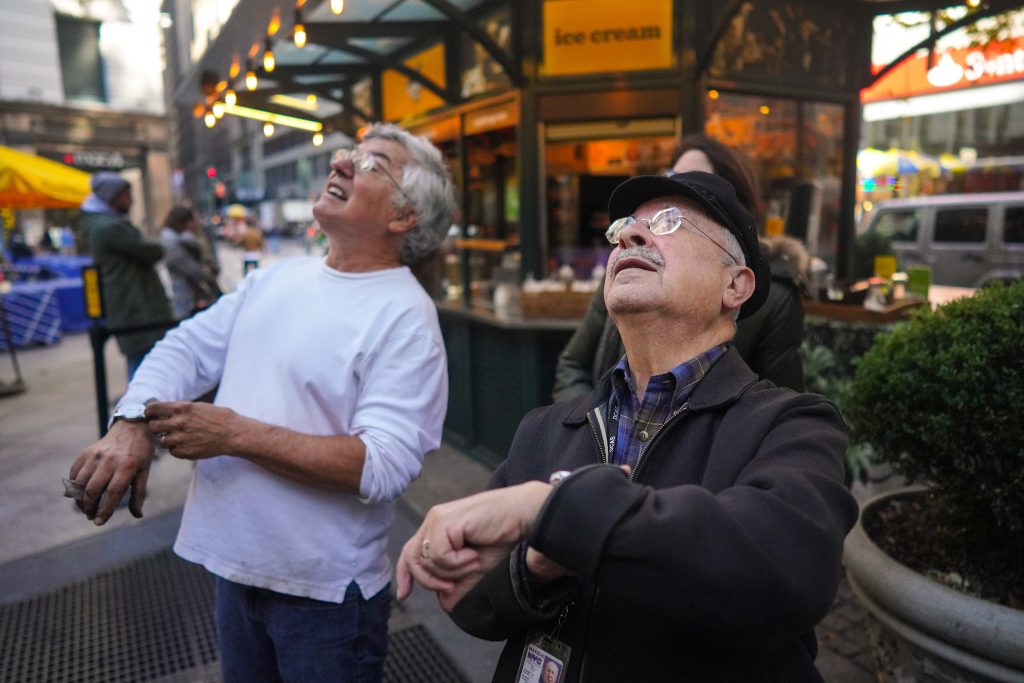 Given that most articles about daylight saving time cover such well-trodden territory, this Times piece about Marvin Schneider, New York City’s official clock master, stood out. He’s responsible for maintaining and repairing the city’s mechanical clocks. That also means he needs to reset all of them twice a year.

I especially enjoyed the story of how he came to be the official clock master–a position that remained vacant from the late 1800s until he was appointed by Mayor Dinkins in 1992:

Mr. Schneider’s role as New York City’s version of Father Time began in the 1970s when he was working as a supervisor for the city’s Human Resources Administration.

He and a fellow worker, Eric Reiner, persuaded city officials to let them fix the clock during their lunch hours. Mr. Schneider had no experience with clock repair aside from his childhood years when he would take little clocks apart. “But,” he said, “I could never put them back together.”

Still, he was handy and willing.

“I learned as I went,” he said. “I’d go around to watchmakers and a lot of them took time off to explain things to me.”

That is a shining example of getting things done. Thank you for your service Mr. Schneider.